Back to Blog
Next Article

Today a bustling and thriving area of shops, restaurants, and culture, the Shipyards District in Lower Lonsdale used to look very different than it does now. Located on the traditional lands of Squamish, Tsleil-Waututh, and Musqueam peoples, this area served as an abundant, sustainable food source and rich natural environment for millenia.

In 1906, 114 years after the first European explorers arrived in the area, the Wallace Shipyard was created on what is now the current Shipyards District.

The Wallace Shipyard was owned and operated by Alfred “Andy” Wallace, a local shipbuilder who originally started his business in False Creek. After incorporating Wallace Shipyards in 1905, he moved the company’s operations to the North Shore at the foot of Lonsdale Avenue.

During this time, development on the North Shore was rapidly expanding, with the addition of ferry transport between downtown Vancouver and Lower Lonsdale. There was even a street railway system! The shipyard helped produce shells, schooners, and freighters during the First World War, and in 1921, renamed itself to the Burrard Dry Dock Company.

The Burrard Dry Dock Company was known as an industry leader and innovator, and it came to prominence during the Second World War under the leadership of Clarence Wallace, Alfred’s son. The company impressively produced over ⅓ of Canada’s 312 Victory Ships, a shipbuilding class designed to combat the infamous and deadly German U Boats. The effort was so immense that entire subdivisions were created to house the workforce, and “the noisy thud of riveting echoed throughout North Vancouver at all hours.” Clarence was recognized as a “Commander of the British Empire” for his shipbuilding contributions, and was appointed as Lt. Governor of British Columbia in 1950.

After the war, the Burrard Dry Dock Company continued to expand despite a slowing need for shipbuilding. The company diversified its activities, focusing on ship repair and building ice breakers and ferries. Famous ships launched from these docks include the St. Roch, the first ship to travel the Northwest Passage; the Terry Fox, an icebreaker now used by the Canadian Coast Guard; and several ship classes used by BC Ferries such as the Queen of Vancouver and the Queen of the Islands.

In 1972, the Wallace Family sold the shipyard to Canfor where it was subsequently renamed to Versatile Pacific Shipyards in 1985. The increasing number of shipyards in the province along with a decrease in shipbuilding demand led to the bankruptcy of the company in 1992. Although the eastern part of the shipyards was acquired by Vancouver Drydock and continues to operate today, the western part remained vacant for many years afterward.

During this time, the shipyard was frequently used as a filming location and appears in productions such as Arrow, Fringe, and the X-Files.

In the early 2000s, the City of North Vancouver began planning renewed development in the area. By 2017, the plans became a reality and the city revealed the Shipyards District, a new brand and look that revitalized the old shipyard and was now open to tourists and locals alike.

The district is supported by the Lower Lonsdale Business Improvement Area (LLBIA), a non-profit society committed to partnering with local businesses to continue the area’s development as one of the best tourist and cultural locations in North Vancouver.

Today you can see remnants of the Shipyards’ incredible history. The Pipe Shop and Coppersmiths shop were restored for retail use, and the towering shipyard cranes have been restored and are now visible to visitors to the area. Eight historic buildings and two piers were also preserved during the area’s development, meaning that you can still walk on a piece of history today!

Events like the Shipyards Night Market and the Caribbean festival emphasize the lively, vibrant community that lives here. Home to dozens of shops, restaurants, and public art installations, the Shipyards today mirrors the bustling hub of activity from almost a century ago.

As the area continues to grow with its community, there are many exciting developments down the road. The LLBIA plans to improve the area’s messaging and branding in high traffic areas, work with tourism authorities, continue with street beautification efforts, create more support for smaller, independent business owners, and much more! Given its status as one of the trendiest, fastest developing areas in the Lower Mainland, be sure to make a visit to this one-of-a-kind cultural and historic gem.

Read more about Lower Lonsdale by checking out these other blogs: 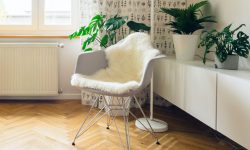 Two Bedroom Condos and Apartments For Sale In Lower Lonsdale 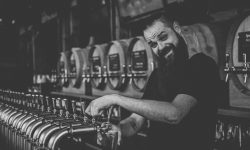 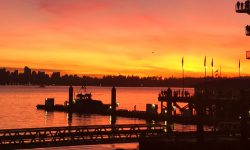 5 Best Things To Do In Lower Lonsdale

Elio Lower Lonsdale is your one-stop destination for the latest MLS listings in North Vancouver&#...

In a neighbourhood like Lower Lonsdale, you can find townhouses that are both brand new and ones ...

The three bedroom townhouses in Lower Lonsdale give you the extra space you need for your family....

Signing up isn’t ideal, we know, but it does mean you can access all the best property data. So why not make a more informed decision?

Punch your details in here and let's get your property search back underway.